Download or share these beautiful 99 names of Allah with meaning with your friends, family and loved ones.

Learning and memorizing the 99 names of Allah (SWT) will assist you in determining the proper manner to believe in Him. Belief in Allah is the first of Islam’s five pillars. Muslims must trust Allah based on his beautiful name and attributes.

Verily, there are 99 names for Allah, i.e., hundred excepting one. He who enumerates them would get into Paradise. (Muslim)

What Are the 99 Names of Allah?

Allah SWT chose 99 beautiful names called Asma ul Husna for Himself. When you recite them, you gain good deeds, strengthening your prayers and attracting the Almighty’s blessings. Reciting and learning the beautiful 99 names of Allah with meaning can benefit you spiritually in various ways and assist you in discovering the right path not only in this world but also in the hereafter.

As Muslims, we believe that Allah’s names offer several advantages for us. Asma ul Husna or 99 Names of Allah with meanings that should be recited daily for good deeds (hasanat). That is why we must instill these beautiful names of Allah in our children and ourselves.

99 Names of Allah with Meaning

الرَّحْمَنُ
AR-RAHMAAN
(THE BENEFICENT)
He who wills goodness and mercy for all his creatures.

الرَّحِيمُ
AR-RAHEEM
(The Merciful)
He who acts with extreme kindness.

الْمَلِكُ
AL-MALIK
(The Eternal Lord)
The Sovereign Lord, The One with the complete Dominion, the One Whose Dominion is clear from imperfection.

الْقُدُّوسُ
AL-QUDDUS
(The Most Sacred / The Most Holy)
The One who is pure from any imperfection and clear from children and adversaries.

السَّلاَمُ
AS-SALAM
(The Giver of Peace)
The One who is free from every imperfection.

الْمُهَيْمِنُ
AL-MUHAYMIN
(The Protector)
The One who witnesses the saying and deeds of His creatures.

الْعَزِيزُ
AL-AZIZ
(The Mighty One)
The Strong, The Defeater who is not defeated.

الْجَبَّارُ
AL-JABBAR
(The Omnipotent One)
The One that nothing happens in His Dominion except that which He willed.

الْمُتَكَبِّرُ
AL-MUTAKABBIR
(The Dominant One)
The One who is clear from the attributes of the creatures and from resembling them.

الْخَالِقُ
AL-KHAALIQ
(The Creator)
The One who brings everything from non-existence to existence.

الْبَارِئُ
AL-BAARI
(The Evolver / The Maker)
The Maker, The Creator who has the Power to turn the entities.

الْمُصَوِّرُ
AL-MUSAWWIR
(The Flawless Shaper)
The One who forms His creatures in different pictures.

الْغَفَّارُ
AL-GHAFFAAR
(The Great Forgiver)
The Forgiver, The One who forgives the sins of His slaves time and time again.

الْقَهَّارُ
AL-QAHHAR
(The All-Prevailing One)
The Dominant, The One who has the perfect Power and is not unable over anything.

الْوَهَّابُ
AL-WAHHAB
(The Supreme Bestower)
The One who is Generous in giving plenty without any return. He is everything that benefits whether Halal or Haram.

الْفَتَّاحُ
AL-FATTAH
(The Supreme Solver)
The Opener, The Reliever, The Judge, The One who opens for His slaves the closed worldly and religious matters.

اَلْعَلِيْمُ
AL-ALIM
(The All-Knowing One)
The Knowledgeable; The One nothing is absent from His knowledge.

الْقَابِضُ
AL-QAABID
(The Restricting One)
The Constrictor, The Withholder, The One who constricts the sustenance by His wisdom and expands and widens it with His Generosity and Mercy.

The Names of Allah

الْبَاسِطُ
AL-BASIT
(The Extender)
The Englarger, The One who constricts the sustenance by His wisdom and expands and widens it with His Generosity and Mercy.

السَّمِيعُ
AS-SAMI’
(The All-Hearer)
The Hearer, The One who Hears all things that are heard by His Eternal Hearing without an ear, instrument or organ.

الْبَصِيرُ
AL-BASEER
(The All-Seeing)
The All-Noticing, The One who Sees all things that are seen by His Eternal Seeing without a pupil or any other instrument.

الْعَدْلُ
AL-ADL
(The Embodiment of Justice)
The Just, The One who is entitled to do what He does.

اللَّطِيفُ
AL-LATEEF
(The Knower of Subtleties)
The Subtle One, The Gracious, The One who is kind to His slaves and endows upon them.

All names of Allah

الْخَبِيرُ
AL-KHABEER
(The All-Aware One)
The One who knows the truth of things.

الْحَلِيمُ
AL-HALEEM
(The Clement One)
The Forebearing, The One who delays the punishment for those who deserve it and then He might forgive them.

الْعَظِيمُ
AL-AZEEM
(The Magnificent One)
The Great One, The Mighty, The One deserving the attributes of Exaltment, Glory, Extolement, and Purity from all imperfection.

الشَّكُورُ
ASH-SHAKUR
(The Acknowledging One)
The Grateful, The Appreciative, The One who gives a lot of reward for a little obedience.

الْعَلِيُّ
AL-ALIYY
(The Sublime One)
The Most High, The One who is clear from the attributes of the creatures.

الْكَبِيرُ
AL-KABEER
(The Great One)
The Most Great, The Great, The One who is greater than everything in status.

الْحَفِيظُ
AL-HAFIZ
(The Guarding One)
The Preserver, The Protector, The One who protects whatever and whoever He willed to protect.

المُقيِت
AL-MUQEET
(The Sustaining One)
The Maintainer, The Guardian, The Feeder, The One who has the Power.

الْحسِيبُ
AL-HASEEB
(The Reckoning One)
The Reckoner, The One who gives the satisfaction.

الْجَلِيلُ
Al-Jaleel
(The Majestic One)
The Sublime One, The Beneficent, The One who is attributed with greatness of Power and Glory of status.

الْكَرِيمُ
AL-KARIM
(The Bountiful One)
The Generous One, The Gracious, The One who is attributed with greatness of Power and Glory of status.

الرَّقِيبُ
AR-RAQIB
(The Watchful One)
The Watcher, The One that nothing is absent from Him. Hence, it’s meaning is related to attribute of Knowledge.

الْمُجِيبُ
Al-Mujeeb
(The Responding One)
The Responsive, The Hearkener, The One who answers the one in need if he asks Him and rescues the yearned if he calls upon Him.

الْوَاسِعُ
AL-WAASI’
(The All-Pervading One)
The Vast, The All-Embracing, The Knowledgeable.

Beautiful Names of Allah with meaning

الْحَكِيمُ
Al-Hakeem
(The Wise One)
The Wise, The Judge of Judges, The One who is correct in His doings.

الْوَدُودُ
Al-Wadud
(The Loving One)
The Most Loving, The Most Affectionate, The Beloved.

الْمَجِيدُ
Al-Majeed
(The Glorious One)
The Most Glorious One, The One who is with perfect Power, High Status, Compassion, Generosity and Kindness.

الْبَاعِثُ
AL-BA’ITH
(The Infuser of New Life )
The Awakener, The Resurrector, The Arouser.

الشَّهِيدُ
ASH-SHAHEED
(The All Observing Witness)
The Witness, The One who nothing is absent from Him.

الْحَقُّ
AL-HAQQ
(The Embodiment of Truth)
The Truth, The True, The One who truly exists.

الْوَكِيلُ
AL-WAKEEL
(The Universal Trustee)
The Trustee, The One who gives the satisfaction and is relied upon.

المتين
AL-MATIN
(The Firm One)
The One with extreme Power which is un-interrupted and He does not get tired.

الْحَمِيدُ
AL-HAMEED
(The Sole-Laudable One)
The Praiseworthy, The praised One who deserves to be praised.

الْمُحْصِي
AL-MUHSI
(The All-Enumerating One)
The Counter, The Reckoner, The One who the count of things are known to him.

الْمُبْدِئُ
AL-MUBDI
(The Originator)
The One who started the human being. That is, He created him.

الْمُعِيدُ
AL-MU’ID
(The Restorer)
The Reproducer, The One who brings back the creatures after death.

الْمُحْيِي
AL-MUHYI
(The Maintainer of life)
The Restorer, The Giver of Life.

99 Names of Allah in English

اَلْمُمِيتُ
AL-MUMEET
(The Inflictor of Death)
The Creator of Death, The Destroyer, The One who renders the living dead.

الْحَيُّ
AL-HAYY
(The Eternally Living One)
The Alive, The One attributed with a life that is unlike our life and is not that of a combination of soul, flesh or blood.

الْوَاجِدُ
AL-WAJID
(The Pointing One)
The Perceiver, The Finder, The Rich who is never poor. Al-Wajd is Richness.

الْمَاجِدُ
AL-MAJID
(The All-Noble One)
The Glorious, He who is Most Glorious.

الْواحِدُ
AL-WAHID
(The Only One)
The Unique, The One, The One without a partner.

الصَّمَدُ
AS-SAMAD
(The Supreme Provider)
The Eternal, The Independent, The Master who is relied upon in matters and reverted to in ones needs. He is the only one a person should turn to when feeling helpless.

الْقَادِرُ
AL-QADIR
(The Omnipotent One)
The Able, The Capable, The One attributed with Power.

الْمُقْتَدِرُ
AL-MUQTADIR
(The All Authoritative One)
The Powerful, The Dominant, The One with the perfect Power that nothing is withheld from Him.

Authentic 99 Names of Allah with meaning

الْمُقَدِّمُ
AL-MUQADDIM
(The Expediting One)
The Expediter, The Promoter, The One who puts things in their right places.

الْمُؤَخِّرُ
AL-MU’AKHKHIR
(The Procrastinator)
The Delayer, The One who puts things in their right places. He makes ahead what He wills and delays what He wills.

الأوَّلُ
AL-AWWAL
(The Very First)
The First, The One whose Existence is without a beginning.

الآخِرُ
AL-AKHIR
(The Infinite Last One)
The Last, The One whose Existence is without an end.

الظَّاهِرُ
AZ-ZAAHIR
(The Perceptible)
The Manifest, The Conspicuous, The Evident.

الْبَاطِنُ
AL-BAATIN
(The Imperceptible)
The Hidden, The Secret One, The Inner One, The Knower of Hidden Things.

الْوَالِي
AL-WAALI
(The Holder of Supreme Authority)
The Governor, The One who owns things and manages them.

الْمُتَعَالِي
AL-MUTA’ALI
(The Extremely Exalted One)
The Most Exalted, The High Exalted, The One who is clear from the attributes of the creation.

الْبَرُّ
AL-BARR
(The Fountain-Head of Truth)
The Source of All Goodness, The Righteous, The One who is kind to His creatures.

العَفُوُّ
AL-AFUW
(The Supreme Pardoner)
The Pardoner, The Forgiver and The Eliminator of Sins.

الرَّؤُوفُ
AR-RA’UF
(The Benign One)
The Most Kind, The Tenderly Merciful, The Clement and Compassionate.

مَالِكُ الْمُلْكِ
MALIKUL-MULK
(The Eternal Possessor of Sovereignty)
The One who controls the Dominion and gives dominion to whoever He willed.

الْمُقْسِطُ
AL-MUQSIT
(The Just One)
The Equitable, The One who is Just in His judgment.

الْجَامِعُ
AL-JAAMI’
(The Assembler of Scattered Creations)
The Gatherer, The One who gathers the creatures on a day that there is no doubt about, that is the Day of Judgment.

الْغَنِيُّ
AL-GHANIYY
(The Self-Sufficient One)
The One who does not need the creation.

الْمُغْنِي
AL-MUGHNI
(The Bestower of Sufficiency)
The Enricher, The One who satisfies the necessities of the creatures.

النَّافِعُ
AN-NAFI’
(The Bestower of Benefits)
The Creator of Good, The Benefiter, The Propitious, The Auspicious.

النُّورُ
AN-NOOR
(The Prime Light)
The Light, The One who guides.

الْهَادِي
AL-HAADI
(The Provider of Guidance)
The Guide, The Leader, The Guide of the Right Path.

الْبَدِيعُ
AL-BADI’
(The Unique One)
The Wonderful Originator, The Unprecedented and Incomparable Inventor.

الْوَارِثُ
AL-WAARITH
(The Eternal Inheritor)
The Heir, The One whose Existence remains.

الرَّشِيدُ
AR-RASHEED
(The Guide to Path of Rectitude)
The Guide to the Right Path, The One who guides.

الصَّبُورُ
AS-SABUR
(The Extensively Enduring One)
The Patient, The One who does not quickly punish the sinners.

If you enjoyed reading these beautiful 99 names of Allah with meaning, please let us know in the comments box below or by commenting on our Instagram page. If you found these Allah names helpful, be sure to share them with your friends and loved ones on Twitter, Instagram, WhatsApp or Facebook. Thanks! 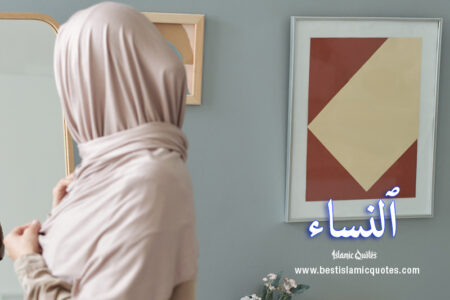 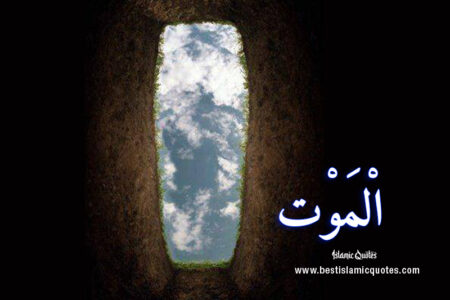 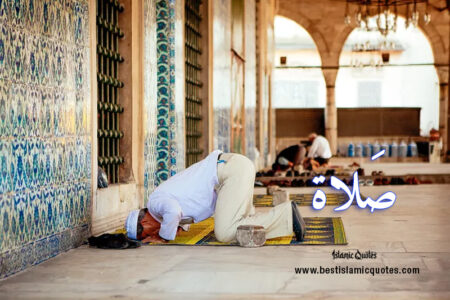 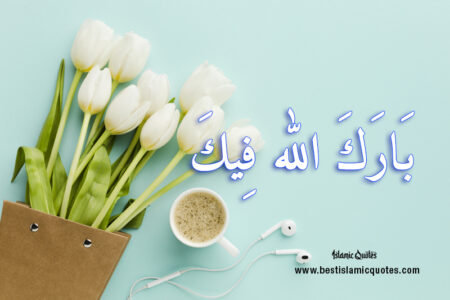 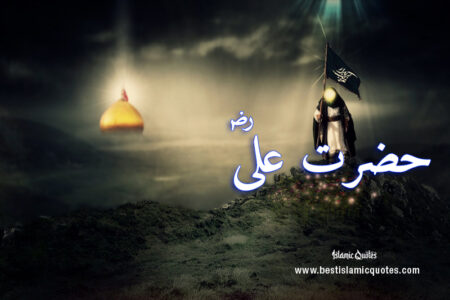 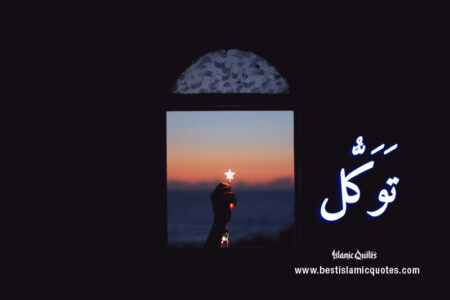 These beautiful women in Islam quotes prove women’s worth and what they’re capable of accomplishing.…